My novels are set in Port Mason, a fictional city of around a million people located ‘somewhere in America’. I chose this approach for my books because my real hometown isn’t big enough for the kinds of stories I want to tell. I got the idea from Scott Turow, who uses a similar device for his novels.

The novels follow the adventures (or misadventures) of Steve Bennett, a former police officer turned private investigator. Steve’s once-promising police career came to an abrupt halt shortly after the still-unsolved murder of his younger brother, Tom. Frustrated with the glacial pace of the investigation, he confronted the head of homicide (Major Crimes Unit), Harry McGowan, about the matter. Neither man will discuss what was said behind closed doors but the meeting ended with Steve punching McGowan. Steve was subsequently demoted from detective to patrol officer and resigned from the department. He then joined his uncle’s private investigation firm and has been there ever since.

The sudden death of a Texas billionaire thrusts Port Mason resident Sam Harman into the world of extreme wealth and power. Totally unprepared for this complete upheaval, Sam must rely on his best friend, Private Investigator Steve Bennett, to protect him and his family from a dark threat.

When same-sex marriage becomes legal, the murders begin. The killer strikes without warning, leaving messages promising biblical vengeance under the moniker “The Servant of the Lord”. Steve Bennett is drawn into the hunt when The Servant kills one of his closest friends. Also part of the chase is newspaper reporter Amanda Clark, recipient of the killer’s taunting messages.

The brazen daylight killing of a corrupt cop is the latest work of a sniper who has terrorized Port Mason for years. This killer targets people who threaten to turn State’s Evidence against the city’s corrupt underbelly. As a new investigative team tackles the long-running mystery, Steve Bennett is resuming the search for his brother’s killer. His search will lead him to join the police case when the prime suspect turns out to be the Chief of Police himself. 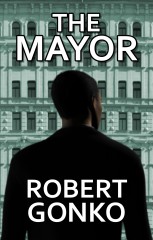 Port Mason Mayor Eric Hawkins is moments away from kicking off his campaign for governor when he and his wife are assassinated by hired Russian hit men. Steve Bennett, who is at the event, kills one of the hit men but the other gets away. The Russians target Steve for revenge, leaving him critically wounded just as other members of the late mayor’s inner circle are murdered. Who is behind this? The mob? Political enemies? And what does this case have to do with an old case from Steve’s police days?